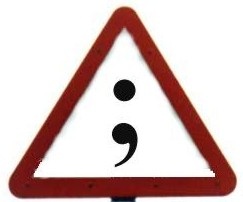 What's this about?
[if you haven't seen the pictures yet, have a look]

Who are you?
We're not telling!

Why are you doing this?
We haven't decided yet. The project was well under way before we decided that we'd better put together something manifesto-like, or at least make some sort of attempt to explain ourselves.

Is is political? Something subversive?
Hmmm. That depends how you choose to take it. The way we see it, it's more in the realms of mischief than subversion, but then these are just words.

We couldn't deny that we're trying to influence people, of course, but there's no clearly defined agenda. The closest thing we've got to an agenda is a desire to re-enchant some of those many people out there who've got stuck in a very dull, rigid version of reality.


Why roadsigns?
Well, initially to amuse ourselves, we started looking at existing roadsigns as if they were intended to be pieces of modern art. You should try this. It certainly livens up boring car journeys. The exclamation mark (indicating danger) was one of our favourites, and we started to joke about roadsigns involving other bits of punctuation. The idea of a "semicolon" roadsign struck us as particularly hilarious (although we did consider that this might be funny only to a particular, very small group of eccentrics like us).


Other ideas started to flow, and we started to consider the nature of the existing signs. Eventually it became clear to us that when a driver sees a black symbol on a white background in a red triangle on a pole by the side of the road, their mind automatically switches into a receptive state. "Pay attention, this might be important," the mind tells itself. The red triangle is a sort of window into a world of authority. similarly, the particular font used on all roadsigns in the UK (and nowhere else, as far as we're aware) carries an authority with it.

If you want to get symbols into peoples' heads, this is ideal. Imagine if we were to spray symbols onto walls, etc., graffiti-style. Most people who we were hoping to reach would automatically filter these out. Now the situation is reversed. The mind tells itself, "Don't pay attention. That shouldn't be there." We want to bypass these filters, by making use of a format that already commands authority. It's similar to computer hacking in some ways.

The whole road network is our gallery, red triangles are our frames. Our chosen medium is black-and-white sticky-back plastic on cardboard (although we would like to move into something a bit more natural, eventually).

So you consider yourselves to be artists? What are your influences?
We do consider ourselves to be an artists. Some of us would argue that everyone is an artist, but this comes down to how you define "art", and the last thing the world needs at the moment is another "what is art?" debate.

Influences? Everything we've ever encountered, really, but if we have to be less vague: Dada, situationism, NY subway-style grafitti art, crop circles, The Incredible String Band, Captain Beefheart, various kinds of sacred/religious art, Jungian psychology, mosses and lichens and things growing in the hedgerows, "sacred" geometry, subvertising (subtle alterations of billboards by various types of activists), spiderwebs, existing roadsigns...We could list lots of writers, painters, etc. but we're not going to. Get in touch with us if you're really interested.

Don't you think you're being a bit irresponsible? I mean, putting up false roadsigns could cause accidents, couldn't it?
Well we've thought hard about this, but decided ultimately that the project could be carried out responsibly. Firstly, this means that none of our designs could be mistaken for existing signs which might lead drivers to misunderstand the behaviour of the road ahead of them. For example, we considered using certain runes, but many of them could be understood as indicating, say, a fork in the road where there isn't one. Most of the signs will at worst cause drivers to be more attentive. If they see an image of a snail it might actually cross their mind to be aware of snails. Or to slow down a bit, which wouldn't be a bad thing.

Some of the more powerful symbols (Tibetan mandalas, the Celtic "Triskel" knotwork, or the Eye of Horus) might cause reactions in drivers, but then the roads are full of signs, advertising, and various other things which could potentially be dangerously distracting. Walking along the side of the road in a completely outrageous costume would create a far greater danger, and no one would suggest that this is irresponsible behaviour.

What other symbols have you considered?
We're continually coming up with new ideas. At the moment some of them are a unicorn ("unicorns"), a dragonfly, a starfish, an aubergine ("aubergines"), the yin/yang symbol, the OM symbol, a maze/labyrinth ("minotaurs"), amoebas ("single-celled organisms"), moon/stars ("space"), a brain ("brain"), a large black dot ("dot"), pixies, elves, gnomes and various other species of little people, trolls (near bridges, obviously), Mayan hieroglyphics, astrological and alchemical sygils, images from cave paintings and rock carvings, "timewarps likely", "Deja vu" (repeated several times along one stretch of road), etc.

How do you choose the symbols you use? There seems to be quite a diversity: punctuation, religious symbols, things drawn from nature, etc.
This reflects the diversity of our aims and interests. One thing that interests us is the power and the ultimate nature of symbols. If you go far enough back in the past, most symbols had what we'd now consider a sacred/ religious/ritual meaning. Now things like corporate logos are more dominant. People are continually exposed to symbols like the Nike "swoosh", the McDonald's "M", etc. These are powerful symbols, too, carefully chosen to tap into the "religious" levels of peoples minds, to inspire devotion, if you like. Our use of Tibetan yantras (circular geometric patterns) could almost be classed as "spiritual guerilla tactics". Although we don't have one fixed "spiritual" belief system, we wholeheartedly trust symbols like these and believe that contemplating them is good for humans. Putting them in the red triangle format is a playful way of trying to elevate peoples' consciousness.

There's obviously an element of humour ("blobs", and the semicolon, for example), as we feel people really need a bit of lightness and cheer in their lives. As we imagine most of our signs will get removed fairly quickly, many of the drivers who see them will be up early and on their way to work. These are the people who need this the most. We'd like to spread a bit of spontaneity and joy, to brighten up the world a bit, and to let people see that things like this are possible.

We noticed that there are a lot of wildlife-based signs in the "official" collection: horses, cattle, deer, etc. These tend to be large animals, which pose a threat to the flow of traffic. This is understandable, but we feel that smaller creatures (snails, spiders, ladybirds, beetles, fieldmice, etc.) don't get much representation. They're very small and delicate compared to large metal vehicles, so people are becoming increasingly unaware of them. We feel that there's a lot to be learned from nature at that scale - there are whole worlds going on down there!

[Note: We've since been informed of the existence of "Migratory Toad Crossing" road signs! Roadsign enthusiast Bob Kenyon has consequently added a "small animals" section to his site.]

Things like seahorses have been used to remind people that they live on an incredible planet which is home to such wonderous creatures.

Fairies (and the other species of little people) definitely need representation, we feel. The existence of such beings was commonly acknowledged in this part of the world not so long ago. Now most people in this society would dismiss this as superstitious nonsense. We've chosen not to be so quickly dismissive. As a result, we risk not being taken seriously, of course, but we don't mind - we're not aiming to be taken seriously.

If you're in any doubt about the fairies issue, check out some of the more serious literature on "fairy faith in the Celtic countries", or worldwide belief systems involving little people, nature spirits, devas, etc. You might be quite pleasantly surprised. There's something that was once central to peoples lives and communities, and we've lost touch with it in recent history. If you keep an open mind, don't try to give this something a particular form, and just explore the issue of what it might be, you might end up like us!

We're also concerned with the erosion of folklore and mythology. Stories and characters which had been almost universally familiar to our ancestors until quite recently are now being forgotten. To some extent, they continue to resurface, in somewhat altered forms, in the worlds of commerce and entertainment (adverts, cartoons, etc.). However, if you think about it, this usually involves someone trying to sell you something, so the "historical transmission" of these stories and characters is being distorted by peoples' greed. We suspect that folklore is one of the basic ingredients of a healthy society, that it wasn't just to amuse or entertain, but that it served an important purpose. This suggests that the erosion and distortion of folklore in the modern age is one of the factors causing our society to be quite unhealthy.

We'd like to dissolve certain boundaries which have been rigidly established in people, to shatter the monotony and mundanity which many people feel trapped in. Obviously our signs won't reach that many people, but they might inspire a few of them to do something in a similar spirit. We're just doing our bit.

So are you encouraging other people to produce and display their own signs?
No, but of course we'd be flattered if other signs started to appear without our involvement. Obviously this is outside our control, so we'd ask anyone who's considering similar activities to do so in a responsible way (as described above). Also, we'd prefer that anything of this nature was in a similar spirit (gently mischievous rather than overtly "political" or confrontational).

And if you see signs like ours appearing in the future, please send us a picture!

Get in touch
IPBN Home