Smoke and Other Tales 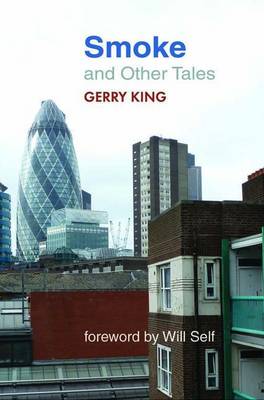 ​
This is a whole made from fragments. When they coalesce it is in a literary maelstrom.

The construction, its sparkling build-up to a climax, is expansive with ordinary history and thick with detail, deep in knowledge just to the side of the popular, its cast of characters – including King’s Dad, King himself, boxers, thieves and addicts – is recognisable, but not always sympathetic. Their everyday, in Gerry King’s words, is always just a little too much, excessive – even the parking areas are “lit by Stanley Kubrick” – but though the surplus may at times be tiny, it still always seems that there is all is to play for.

Until that climax; then something else kicks in. Yes, there is always a spider in the cup and a stain under the counterpane, but nothing in Smoke and Other Tales quite prepares you for its descent through circles of a very ordinary hell. For a moment there, you see the characters “repeating the same mistakes and expecting different results”, perhaps you are troubled by the repetitions, but then the sinking begins, literary drowning, terrifying and all the harder to take for not being horrific. For all its wonderful tangents, the reader of these stories confronts living as a thing of deep difficulty.

The narratives of Smoke and Other Tales, hypnotically, veer back and forth between London and South Devon. A London that is a little too raw at the moment, a London where “hand poured luxury scented candles disguise the smell of low-level fear directly proportional to market fluctuation” and characters repeatedly strike their heads on ceilings; “the minimum room size in the private housing sector was abolished in the 1980s”. Skirting the Ripper-shit and gangster nostalgia, King shows us a fiercer and wittier capital, where the sky is bought up (literally) over his head and he is threatened with “decanting”, as if he were a spirit. Yet, the most acerbic of his portraits are framed in Torquay and Totnes (minus Dartington): “a community.... hijacked by an insipid privileged power promoting a Narnian Sharia law”, where a ruined farmer sits outside the home of newbie-objectors and kills himself, a ‘Blue Velvet’ without the guns, its “shadow dancers talking salad and eating chocolate”.

Whether he is writing about Devon’s “lanes of unconditional love” or of antiques (the majority “stolen at least once”), King’s prose is never less than a treasure and a treasuring. He knows the codes (the washing powder was a new one on me) and shows us just enough to lift the veil on the ubiquity of addictions, how in all ownership – whether of a heritage, a brand, or a racy past – there is a terrible insecurity, and, most of all, how deep inside the figures of Transcendence and Enlightenment there is lurking a fat monetarist.

I read this book over a few hours, at a single sitting, in the sun; its writing is as bright as that daylight, as magical as if Kubrick lit it, its prose warms you with its wit, but the shadow it throws is a truly dark one.