Roberta Mock
I was born and bred in the city of Windsor, Ontario, Canada. 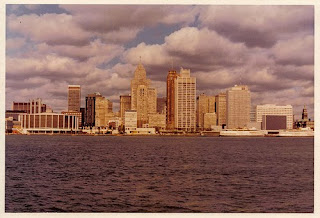 What you are seeing here is a picture of Detroit, in Michigan in the United States, taken from one of the nice parks in Windsor. That is what people usually associate with Windsor. Windsor and Detroit are separated by a river like the one between Plymouth and Saltash – in the middle of it is an international border. When the Tamar Bridge between Devon and Cornwall was opened in 1961, it was the longest suspension bridge in the UK and in the middle of it is a county border. When the Ambassador Bridge between Windsor and Detroit was opened in 1929, the year of the great Wall Street Crash, it featured the longest central span in the world. 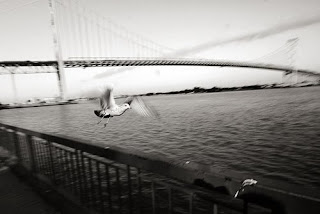 25% of all merchandise trade between the United States and Canada still crosses over this bridge. Windsor is the front line of NAFTA, the North American Free Trade Agreement. When I was growing up – as befits a city that borders the Motor City, and at the nexus of a major transport route – over 70% of its population worked in the auto industry or its subsidiaries. My grandfather worked in the blast furnaces of Ford Canada and my father went to University because he was awarded a scholarship by Ford’s. When global economies falter, Windsor suffers hard and fast – I grew up in the 70s, a decade of relentless unemployment and economic recession.

These performances included stripping and lapdancing at places like Tracy Starrs – since nudity laws were much laxer in Ontario than in Michigan – protests and strikes, parades, amateur musicals, and fireworks. 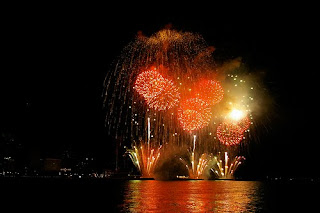 “Symbols, aesthetic gestures and metaphors are contextual. And when they cross a cultural border they either crack open or metamorphosize into something entirely different.” Guillermo Gómez-Peña

Our relationship with what existed over the border is very complex – since what we saw is not simply or primarily the United States of America but the city of Detroit. When asked where I’m from, I will usually say ‘The Detroit Area’. My house, in the Tamar Valley in Devon, is called Detroit House, not Windsor House.

There are many people like me who say they are from the Detroit Area who are not REALLY from Detroit. The city of Detroit, like the city of London, is much smaller than what we might call the Metro Detroit area. 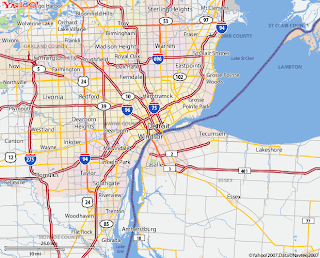 And Detroit itself is shrinking. When I was a child, there were well over 1.7 million people living there; there is now just over 900,000. In other words, the population of the urban area has nearly halved in 40 years. And in the same time, the percentage of AfroAmericans living in the city has risen from 40 to 90%. During the same period, the population of Metro Detroit – that is, including its suburbs – has risen by a million to about 5 and a half million people.

So the city I identify as my city, Detroit, is not only not really my city but it includes many hidden cities. For instance, there is an almost entirely Polish enclave called Hamtramck surrounded by the city of Detroit but not in Detroit. It is where in 1987 Pope John Paul II visited in his bullet proof Popemobile. For instance, when I was a child, my mother used to take me to the Detroit Historical Museum where there was an entire underground early 20th century version of Detroit lurking in the dark. For instance, Henry Ford had historical buildings from all over America dismantled and reconstructed in his ‘Greenfield Village’ just outside Detroit. Here I have visited the Wright Brothers laboratory and seen the chair in the theatre in which Lincoln was assassinated.

It is the condition of not quite living in Detroit that has made me who I am.


My father worked in downtown Detroit and crossed the border every day of his working life.

He crossed the border and tried to go to work during the 1967 Riots.

43 people died and 1189 people were injured in Detroit during the five days of rioting in July 1967.

More than 2000 buildings were burnt down.

He was a mortgage & loan officer.

I think he had something to do with the foreclosure on Florence Ballard’s house.

Ballard was one of the original Supremes and she died a few years later at the age of 32. 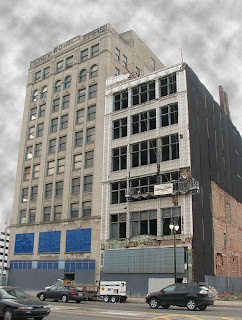 Some of the bands I saw in Detroit between the ages of 14 and 19 (& I’ve never been
to a festival):
The Who – The Rolling Stones – Culture Club – U2 – The Clash – The Misfits – Metallica – The Doobie Brothers – The Dead Kennedys – Spinal Tap – The Exploited – The Ramones – The B52s – Heaven 17 – Gang of Four – Black Flag – Minor Threat – The Meatmen – Dexy’s Midnight Runners – Anthrax – The GoGos – The Police – Haircut 100 – X – The Beastie Boys – The Butthole Surfers – The Misfits – Negative Approach – Bruce Springsteen – The Cramps – The Polish Muslims – The Plasmatics – Liberace – The Dickies – Alice Cooper – Motorhead – ABC – The Cure – Barry Manilow – Prince – The Talking Heads – David Bowie

Songs about Detroit:
One Piece at a Time by Johnny Cash – Telegraph Road by Dire Straits – Motor City Burnin by the MC5 – Lafayette Blues by the White Stripes – Detroit Rock City by Kiss – Detroit Breakdown by the J. Geils Band – Detroit by Primal Scream – Detroit City by Alice Cooper – Detroit 442 by Blondie – Son of Detroit by Kid Rock – The Wreck of the Edmund Fitzgerald by Gordon Lightfoot – Panic in Detroit by David Bowie

I love lists. Listing is a performative act.

My father’s secretary kept a list. It was a list of names she found funny. All the names were Detroit Bank & Trust clients.
These three names were on the list:
These are urban names. These are Detroit names.

The list would come out at my parents’ dinner parties. Guests would take turns reading them aloud.

I still have the list. Sometimes it comes out at my dinner parties and is performed again.

I associate the ideas of food & performance & Detroit. 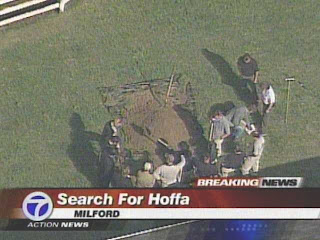 In 1975, the Teamster’s Union leader, Jimmy Hoffa, disappeared from the parking lot of the Machus Red Fox restaurant in Detroit.

The FBI set up an office in its banquet room. Hoffa’s body was never found.

They say it was buried in the concrete of one of Detroit’s expressways.


In the 1960s Detroit had the highest murder rate in North America. It was referred to as Murder City as often as Motor City.

Many of us vividly remember the television ad jingle that went like this
“You’ve got an uncle in the furniture business – Joshua Doore, Joshua Doore”


Then the owner of the Joshua Doore furniture store was found with a bullet in his head in the trunk of his Cadillac – apparently.
I swear that the jingle was changed for the liquidation sale –
“You had an uncle in the furniture business. Joshua Doore – but now he's no more.”

Detroit breeds jingles.
I bought the cars my neighbours helped to build.

That was the year the Detroit Tigers won the World Series.

The streets erupted and the fires burned bright in Detroit that night – in a good way.

Whenever it rained at summer camp, we used to have to watch a film of the Tigers winning the 1968 World Series. 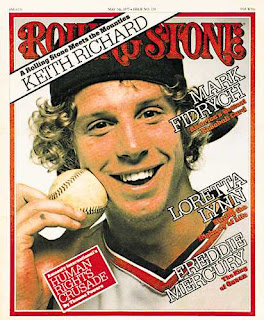 And in 1976 I actually saw “The Bird” pitch at Tiger Stadium. He used to talk to the ball.

In 2000, Tiger Stadium closed down. The Tigers now play at Comerica Park.

Comerica was once known as Detroit Bank & Trust.

A few years after changing its name my father was made redundant He never worked again.
Shortly after buying the naming rights to Tiger Stadium, Comerica HQ moved to Dallas.

[Most of the images for Roberta's presentation - but not for this online version - were from the Fabulous Ruins of Detroit website. The images used here are different but may convey something of the flavour of the original.]

I am well aware that this has been a very personal presentation. There are certainly people here today who know Windsor and Detroit. They will probably tell you that, happily, Detroit is benefiting from renewed attempts at regeneration and restoration.

What they can’t tell you, but I can, is that my father was actually a very kind, caring, and conscientious man. But the mythogeographic imagination is stubborn, subjective and not always fair.

And so here are ten thoughts I’d like you to take away from my intervention today.

1. Some of the most exciting things about cities are what they border or are supposed to exclude.
2. Sometimes the most interesting thing about a city is that it IS a border.
3. Sometimes cities that seem most alive are cities that are dying.
4. Sometimes the processes of creating a mythogeographic city are not those of regeneration but those of dying – angrily.
5. Cities do not only create specific performances, they are created through performances.
6. Performances of cities take many forms: concerts, sports events, political rallies, riots, firework displays.
7. Performers are shaped by cities and shape their cities.
8. The performance writing of cities includes songs, placards, badges, film scripts, T-shirt slogans, lists, and television jingles for local businesses.
9. Many cities are similar and their fortunes are linked but each city is unique. Urban histories, like urban performances, often repeat themselves – with a difference.
10. Cities are autobiographical sites of performance as well as the sites in which memories perform themselves.

I hope, that along with Phil Smith’s Mythogeographic Manifesto and our keynote presentations, my observations may help to locate, enrich, and perhaps complicate our conversations together today.