.
Elaborated from the Crab Man document (starts p.14 in Mythogeography)

Dérivistes should always walk with the slippery script of a pattern of patterns playing in the Scala of their skulls. By wandering among the diaphanous shadows of such spectral theatres of science, they will see the bumps and grindedness of the everyday spectacle set in dramatic motion.

Such walkers can make meditative ropes from historical and hysterical sands. The resulting personal topologies endure the edge of chaos, and serve as constant companions to their explorations.

An example of such historical/ideological patterning is the Southern coastline of the English county of Devon from Sidmouth to Torbay, where geological, architectural and social features interweave with intellectual narrative.

A sinew of eccentric materialism links the Sidmouth grave of John Fleming, founder of Creationism, inventor of the diode and the right-hand rule used by every electrician in the world, 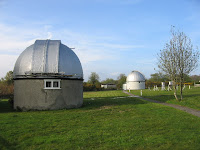 then Lockyer’s observatory (right) where the second phase of astro-archaeology begins, the Starcross birthplace of William Kingdon Clifford, discoverer of space’s curvature 50 years before Einstein and deviser of ‘Clifford Algebra’ essential for quantum computations, Babbage at Teignmouth inventing the computer, the laboratory of Henry Forbes Julien, gold refiner and colonialism’s alchemist, at the Ness (J.K. Rowling claims in the first of her Harry Potter novels that Nicolas Flamel died, aged 666, in Devon; Julien disappeared with the Titanic), the self-designed and never

-enjoyed retirement home of I.K. Brunel at Watcombe (in 2006, the 200th anniversary of Brunel’s birth, Devon was flooded with Brunel impersonators - comic Brunels, serious Brunels, Brunels on stilts – and then, like 1989 for Lenin impersonators, it was suddenly all over, where did they go?), in Torquay a tank under the eaves of the home of William Froude, where a model navy on miniature waves was the experimental origin of the dimensionless Froude Number and the Froude Law of Steamship Comparison, resonant for mathematical biologists and the likes of William D’Arcy Thompson, (here the serpent of sand swallows its own gritty tail) the patterns of patterns interweaving with the crazed swerves of the paranoid and brakeless cyclist Oliver Heaviside careening through Paignton, second only to Maxwell in electromagnetism, Heaviside of the Layer, sensing science’s ever-closer association of animate and inanimate, the living with the dead.

Then other paths interweave with the first; a set of Devil’s Footprints, a trail of strangely shaped marks in the snow leading from door to door and over rooftops, appearing on the night of the 8-9th February, 1855, stretching from somewhere around Exmouth, then leaping the Exe and down the coast, Starcross, Dawlish and Teignmouth to Torbay, before cutting inland. At Dawlish a party of armed residents set out to hunt the Devil, while elsewhere folk sought kangaroos and ducks wearing horseshoes. Later, shades of Roswell, ‘researchers’ speculated on a failing experimental balloon released by the Navy at Devonport, blown off course and bumping through gardens and across roofs. Or did the Devil really skip across Devon that night collecting Victorian science for his 20th Century of bombs, atomic labs, reactors, barbed wire, computed death camps, motors, grinders, optic fibres, gold teeth and mother boards?

These threads are re-woven by Bron Fane (nom de plume of the Fortean and Reverend Lionel Fanthorpe) in one of his trash-erudite novels for pulp publishers Badger Books, UFO 517 (1960):

… The disc ship spun like a gigantic coin flipped by a gambling gargantuan. The deadly silver streaks continued to flash past. Val and La Noire clung to Elspeth, and hung on to the saucer’s rim fittings…

… There was a rift in the snow clouds, and as Zelby dived low again to evade the withering fire of his pursuers the South Devon countryside opened out like a great white and silver panorama… Topsham, Lympstone, Exmouth, Dawlish and Teignmouth...

‘Oh, I know the story! Of course!’ said Elspeth. ‘The mysterious trail that appeared overnight!’

‘Now we know what caused it,’ said Val. ‘Those pencil weapons of the Negons…’

There was a thoughtful silence, and La Noire said, ‘I’ll make some coffee.’”

The Sun newspaper reported the Footprints’ reappearance in Devon in March 2009.

The threads are twisted again: police staking out a suicidal British Intelligence Officer in the penultimate house on the Dawlish prom for A Perfect Spy, Arthur Askey chases his hat down the track outside Teignmouth in The Ghost Train (solution to the mystery: West Country Bolsheviks), and Norman Wisdom deconstructing that town for a bus chase in Press For Time. Echoing C.L.R. James’s belief that the artillery fire of the Second World War was first heard in genteel English ‘tea shoppes’, the ripples of communist revolution and Stalinist reaction are played out as light-hearted seaside tragedies, modernist ‘permissiveness’ in tawdry, provincial and municipal fragmentation, topless waitresses in Teignmouth, striptease pantos at Exmouth, black magic aboard the Electron. Cultural history is spatialized. And miniaturised.

Knowledgeable groups of drifters or dérivistes, Mobile Machinoeki and Fabulous Walkers, then re-weave the whole thing as they explore and re-explore this coastline and its post-colonial, cultural and Fortean entrepôts, subjecting them to their subjective associations.

The Crab Man walks and performs these threads repeatedly, weaving his own autobiography into the skein, transforming these unpromising spaces from faded and undignified resorts to cryptic texts, landscapes in the form of treasure maps that identify the affordance of their sites, where X = m²(ythogeography) then “X” marks the multiplicity of patterns and histories, locating, through a symbolist language, those tipping points and zones of satellite capture, where small cultural interventions can still destabilise existing orbits of meaning, creating fluid stages (‘situations’) for re-making living. Everything in this book is a toolkit for performing this magic, for raising ‘situations’ in places of obscurity, for enabling everyone to use their claws; bringing to an end, to his great relief, the burden of the ‘Crab Man’ and his shell.

Here's a clip from a film from Siobhan Mckeown's film of mythogeographer Phil Smith retracing the Devil's Footprints across Devon. Contact us to order a copy of the full-length film: