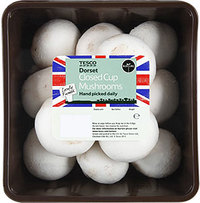 Mythogeography: A Guide to Walking Sideways is:

2 parts story
This is the gloriously funny and endlessly fascinating account of the author's recent journey on foot across the north of England in the footsteps of a man who made the same journey 100 years ago with a dog trouvé called Pontiflunk.

Buy it just for his inimitable account of the journey.

1 part handbook
The “handbook of drifting” later in the book has ideas on walking like a stalker, like a swimmer, like a ghost, like an explorer, like a pilgrim… and that’s just the start. Learn about the philosophy of walking, crabs in society, UFOs in Devon, Uri Geller, the political geography of cities, the madness of municipal history and much, much more (as they say). [There's much more about the much, much more once you get past the mushrooms.]

1 dash Angostura bitters (In 1904, Alfredo Siegert was appointed purveyor of Angostura® aromatic bitters to the King of Prussia).
Technically speaking there are no Angostura Bitters in the book. Not even in the Lovely Edition. But when you find stuff like this in the book, Angostura Bitters seems quite an appropriate analogy really:


Notes:
1. Walking isn’t what it used to be. It’s been deconstructed, theorised, analysed,performed, philosophised, disgraced and reinvented. This is a book about what walking has become.

2. If you want a simple definition of the term Mythogeography, you won’t get one. It’s more about ways of doing things than a theory. It’s about experiments rather than text books. It shares some genetic material with psychogeography, just as Psilocybe semilanceata has something in common with the Tesco closed cup. Compared to psychogeography it is probably more site-specific and more to do with some sense of life as a performance. (If this sounds elusive, that’s because most things worth catching are.)

3. This book might change the way you walk or look around you or leave you feeling baffled. Or all three.


4. Although there are no  film clips in the book, there are some on this website. Below are two clips from Siobhan Mckeown's film of the Crabman retracing the Devil's Footprints across Devon.

Here’s the science: (read more about the book)
No, no more science, just let me buy the book
Go back to the Book: MAIN MENU