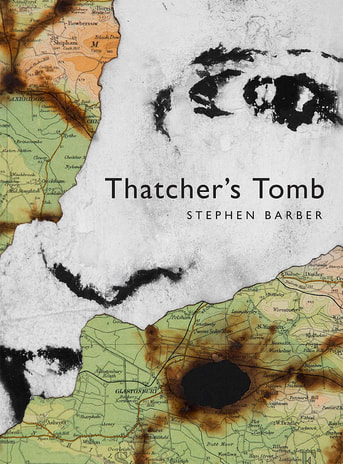 
Expect no subtlety. This is Blake on Benzedrine. An address to Thatcherism, the violent turn to neoliberal economics and reactionary social policies as though it was prosecuted by coup rather than election and the usual state channels of control. This epic poem tells of an epic journey. These are the wild travels of a small group of insurgents from the city of Leeds, who careen across and around broken and starving England, its heritage piled at the feet of an avenging angel, from the Denge Acoustic Mirrors to the abandoned nuclear power station at Hinkley Point and on to securing with spent fuel rods the sacred site of Glastonbury Tor. While the text is an invocatory rant against the devils of the past, its crudeness strips the veil of normalcy from a period when the conspiracies of the Economic League, the overt politicisation of the police force and the setting up of a shadow national command structure, the Ridley Plan for salami-slicing up the trade unions, Stirling’s test bed in the North of Ireland, the weaponizing of the financial markets, and an Atlanticism that saw cruise missiles exercised down narrow country lanes were all a part of the fabric of everyday life.

The figure of Margaret Thatcher – “the shopkeeper’s daughter/who has subjugated the devil,/to seize power” – is matched by that of her Minister of Culture, the ‘King of Leeds’, Jimmy Savile, who rules the North like a private fiefdom, administering opaque monologues which he ‘accents with an ever-burning cigar/before vanishing to his work/at St James hospital and the High Royds asylum”. What Stephen Barber – a writer who more usually and more complexly addresses the materialities of making and watching films in books like Projected Cities and Performance Projections – has done is take the bile and dehumanisation of the Thatcher era and make it into a verse autopsy. The corpses of hopes and expectations that were dashed in the 1980s and early 1990s are turned inside out and their entrails lain out as a symbolic route map.

Thatcher’s Tomb leads us via the final descendent of Mother Shipton, across a denuded land where analogue communications are down and TV crews are used as cannon fodder, past Scarborough where, among the empty hotels, Savile dances on his own monument, and invokes a second occult ‘Battle of Britain’ launched from the Tor. There, at Glastonbury, the insurgents incinerate an archive of England’s secret history, set up camp, recruit the reluctant esotericists from the town and, after a generation, set out across Salisbury Plain – where the Stonehenge sarsens have been been toppled and reused as the “avenue markers” of a proto-city built in the foundations of a giant pig farm – to steal Thatcher’s ashes from her tomb.

The (redundant) burning of her ashes are “a warning to Europe, of England’s madness,/on this day, of England, 23 June 2016”; this is an act of self-immolation, for this final section begins with “England is Thatcher’s ashes”. There is no liberation here; the surviving communities hide away, separated and incommunicative. The only thing that rises from the broken land, under the final insurgent’s feet, is “an immense network/from abbey to monastery, crisscrossing all of England/paths lost or hidden for over five centuries, now clear again/remerging from the landscape, as other routes faded out”.  While, the fate of Savile and of the legacy of his rule remain a disturbing enigma, protected by a reticent Satan who describes how “I and my cohort have a personal stake in the matter”.